The term “nomadic carpets” means that these carpets are woven by Nomads who are mainly farmers who constantly travel and do not settle down. But this category of carpets also contains carpets knotted in Persian villages.

More than 10 million people are occupied with the production of nomadic carpets. Carpets, kilims, and bags of different sizes are very important in nomads’ everyday life. All materials such as the wool and colors which are used for the carpet manufacture are produced from their own flock and living environment. They use horizontal looms and are inspired by the environment they live in. The patterns are not designed on paper but freely. The wool is dyed with natural colors produced by themselves. Therefore, every carpet is a unique piece of art. The nomads we collaborate with produce mainly their own use. Carpets they finally want to sell are brought to different open markets in the surrounding cities or villages. All nomadic carpets are named after the name of their tribe.

Among the most important tribes of Nomads are: The Qashqai, Bakhtiari, Lori and Baluch nomads.

The Qashqai are Nomads who live and travel in the southwest of Persia between the Persian Gulf and the Zagros Mountains. Their carpets have a central medaillon that is repeated in the four corners of the carpet. They depict various representations such as birds, trees, human figures, flowers and others. They are exclusively woven with wool and with the so called asymmetrical Persian knot. Red brown is the predominant color. 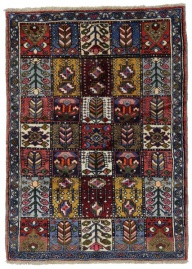 The Bakhtiari nomads live in the Zagros Mountains and usually weave their carpets by using the Turkish knot. Bakhtiari carpets are considered to be the most hard-wearing nomadic carpets. Their most characteristic design are squares with repeating scenes of herbal and animal world which symbolize the Persian Garden. In some carpets there can also be found a central medaillion. 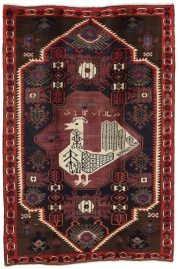 The Lori are a nomadic tribe that live in Western Persia. They are descendants of the Kurds and their carpets are quite similar to those of the Kurds. Lori carpets usually contain geometric shapes and traditional themes such as flowers. Their colors are bright and vivid. 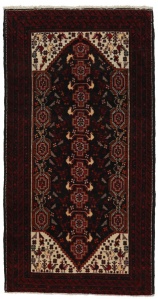 The Baluch tribe constantly move between Persia and Western Afghanistan. The motifs they use in their weaving are geometrical whereas the typical colors are dark red, dark blue, brown and black. They are also known as prayer carpets. 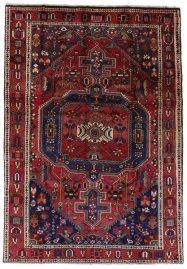 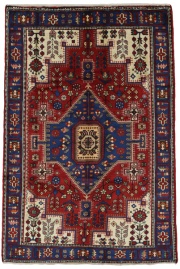 The carpets of this tribe are woven in the city of Hamadan as well as in the villages around the city. By the term “Hamadan” we usually mean carpets made in this region. Some famous Hamadan carpets named after the villages of their production are: Tuyserkan, Nahavand, Lilian, Zanjan, Borchalou, Malayer, Hosseinabad. Their designs are mostly geometrical. 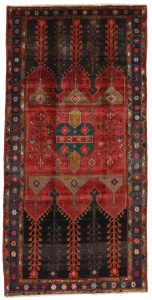 The Kurds are one of the minorities that live in Western Persia. The designs of their carpets are geometrical with medaillons and rhombi. They use dark red and dark blue colors for the production of their carpets. The most common name for their carpets on the market is “Koliai”. Some other categories of the Kurdish carpets are the Bijar (tightly-woven carpets with the use of the Turkish knot and the Herati design) and the Senneh (with Rhombi, Mir or Herati designs.) The asymmetric Persian knot has received its name from these Senneh carpets. 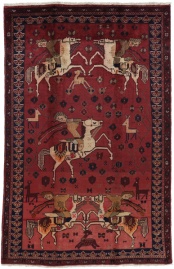 The Afshar nomads live in Northern Iran around the city of Kerman. Their carpets combine various tones of blue and red. They use geometrical designs, usually with a central motif which consists of one or more medaillons. This kind of carpets is also known as Sirjan. 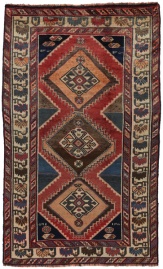 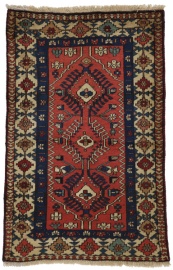 The Shiraz carpets have been given their name from the city Shiraz and the small villages around it where they are manufactured. They have got simple, geometrical designs with rhombi. Sometimes there are also small animals or plants dispatched. Their pile, warp and weft are usually made of wool .The dominant color is red whereas the designs are in all shades of blue. 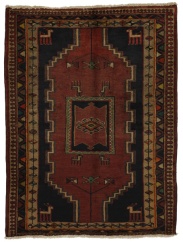 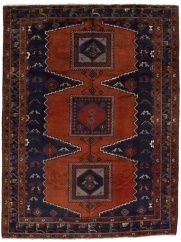 These carpets are woven in the village of Kelardasht, Northern Iran. In the centre of the carpet there is often a hexagonal rhombus. There are also simple designs with flowers to be found both in the centre and at the edges. Dark blue and dark red-brown are mostly used as the main colors.

Nomads move constantly and live in tents full with beautiful handmade carpets and textiles. The motifs and illustrations of their carpets are mostly geometrical. Their carpets are made of wool of excellent quality and natural colors made by the herbs in the regions where they live. 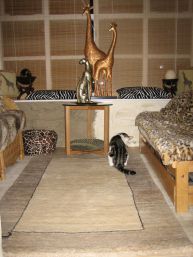 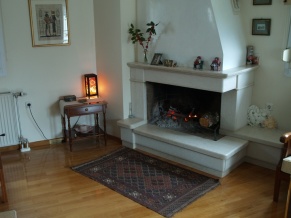 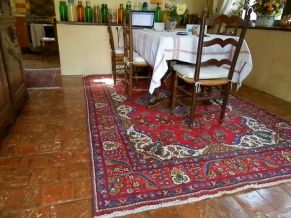